It's tempting to hang on to an old printer. Printers can be a large financial investment, and with the number of changes businesses have had to accommodate in recent years, the process of researching and purchasing a new printer is often moved down the list of priorities as more urgent matters present themselves.

However, old printers are like old home appliances in some ways. They have a sneaky way of eating into your monthly budget with maintenance needs, supply costs and energy use. And they also eat into your productivity every time they malfunction. And much like your old water heater, if you wait until it is no longer functioning before you replace it, it could do real damage.

Let's explore when you should keep your old printer, and when it's time for an upgrade by pinpointing four ways old models cost you money.

If your printers are more than seven or eight years old, the manufacturer has probably stopped making and carrying replacement parts. Without parts, fixing a printer is difficult and costly. Many printer service companies will not even sell you a service contract for a printer that is more than eight years old. 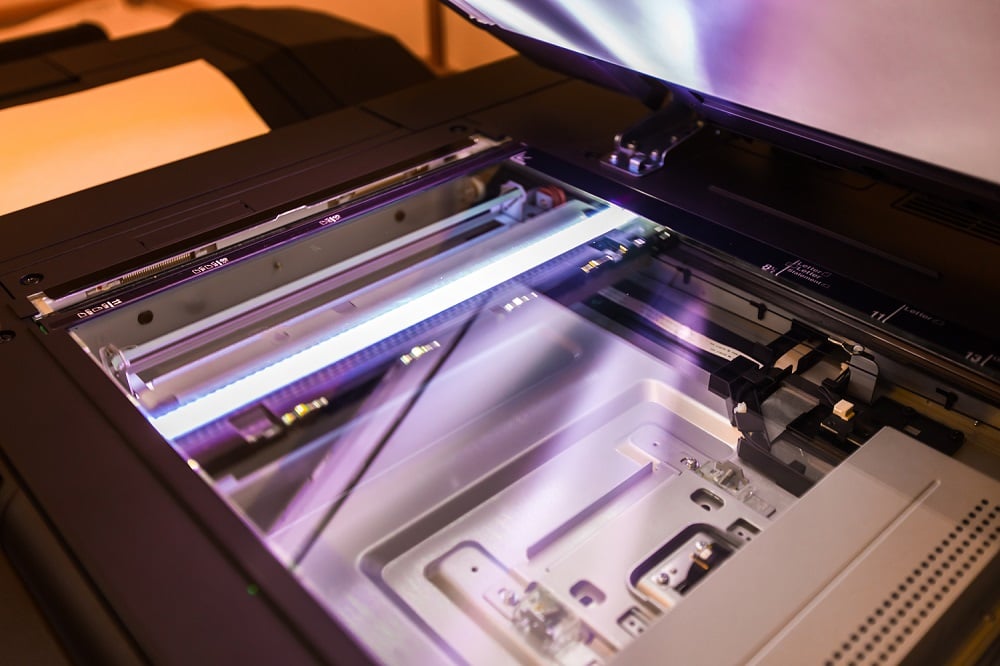 2. TONER AND ENERGY USE

Sometimes old printers don't need to be replaced; they need to be eliminated. For example, one large organization had Marco take a look at just the printers for the HR department. HR had 69 printers for 74 employees, and the department’s supply cost was $2,800 a month.

After Marco consolidated the printers based on the needs of HR, it turned out they needed just four multifunction printers. After making the switch, employees had better quality printing, less down time and a monthly bill of only $60 for supplies. When Marco then rolled out this approach to the whole organization, they saved $400,000 in the first year.

Today’s multifunction printers can do more than just print. They scan, they fax, they print and they make copies. Consequently, one well-placed new printer in your department may be able to replace more than just a few old printers, cascading a whole pile of outdated technology right out the door. Plus, today’s multifunction printers deliver better quality print jobs and are able to handle bigger files than in the past. And with PDF files becoming more and more common, you need a printer that can handle big files.

To get a snapshot of your current printing costs, check out our free print cost calculator.

Some print costs are potentially even more important than energy, ink and paper. Cybersecurity is top of mind for many companies, as well it should be. But one way hackers often gain control of a company's network is frequently overlooked: the old office printer. Any networked device, including a printer, can be a gateway for hackers looking to infiltrate your network and gain access to sensitive data.

Print security can be complicated, but in general, major categories of risk include the following:

BIOS stands for Basic Input/Output System, and is a set of code that runs on computers, printers and other devices. Antivirus software does not manage BIOS, so it will not catch malware operating within it. Additionally, typical troubleshooting methods like updating and reinstalling programs won't fix the problem. The good news is that most computers have evolved their abilities to recognize BIOS anomalies, but this technology is not always found in printers. Newer HP printers have additional embedded security features to validate a printer's BIOS.

Some printer manufacturers include more security features than others, and old printers often lack the capability to withstand current cybersecurity threats, even if IT departments try to keep firmware up to date. At some point, the firmware on older printers will no longer be supported, and they will become vulnerable to hackers.

Any networked device, including your office's printer, offers a potential entry point for hackers. If your network has been compromised, jobs sent to your printer could be viewed by hackers. Hackers have also used printers to churn out messages promoting YouTube channels, anti-work messages and more. While these messages have been relatively harmless, they demonstrate a great potential for causing future damage.

There is a security concept called the Principle of Least Privilege (PoLP). In a nutshell, it means that only the people who need certain functions will receive permission to access them. While PoLP reduces risk throughout your organization, if your business hasn't yet applied this tactic to its printers, now's the time.

Many sophisticated printers have a dizzying array of security settings, and many are left open by default. Hackers often find remaining default passwords lingering on printers, and can therefore access the device and change its settings, install malware and more. Make sure that any default passwords are updated immediately if you haven't already done so.

Older printers often have out-of-date encryption for their hard drives, which hackers can easily access. Additionally, if you are thinking of getting rid of your old printer, you should treat it much the same way as you'd treat a computer: make sure that no data is left inside by wiping your printer's memory and erasing the data on its hard drive.

Another vulnerability is the output tray. Around 30% of office documents are never picked up from the printer. As human beings, it's easy for all of us to get distracted. And especially when networked printers are across the hall, printed documents are out of sight and out of mind. It’s a surprisingly significant waste of paper, but more importantly, forgotten documents can pose a significant risk to information security. Printing to a holding queue, and then authenticating the print job through a smart device, PIN or ID card can eliminate this risk. This process is often referred to as Follow Me Printing or Secure Printing.

When Should You Get a New Printer?

There are a few obvious cues that your printer should be put out to pasture: it's printing slowly, the print quality is poor, it doesn't offer the capabilities you need, or it's difficult to find compatible cartridges and supplies. Here are some less obvious, but just as important hints: your printer's firmware is no longer supported by its manufacturer, it's older than seven years old, and it is missing important security features that leave it vulnerable to hackers.

No one looks forward to buying a new printer. But if it's older than seven years, it certainly doesn't owe you anything, and could potentially cost you quite a bit. If you're considering upgrading, Marco can make the next steps easy. In fact, more companies are avoiding the research and purchasing process altogether, and opting for Managed Print Services (MPS) instead. As printers become more sophisticated, and their software more complex, it’s often the easiest, and most productive path.