Laser Printer vs. Inkjet: 6 Questions to Ask Before Buying

Don’t use a bread knife to chop an onion.

The inkjet vs laser printer debate isn’t about which one is better. It’s about which one is the right tool for the job you’re asking it to do. They both serve the same general purpose (i.e. take what’s on a computer screen and put it on paper), but they use distinct methods that might be more or less efficient for a given task.

So, these different types of printers exist for the same reason that you have different knives in your kitchen. Each knife in your set is meant to cut food, sure, but if you try to chop an onion with a bread knife on a daily basis, you’re going to be crying for more reasons than one. Likewise, don’t even think about using a cleaver to cut bread.

The defining difference between laser and inkjet printers is the way they apply substance to paper. Inkjet (or bubble jet) printers use hundreds of tiny nozzles to spray liquid ink onto the page. Laser printers, on the other hand, use light to melt toner onto the page instead.

Do laser printers use ink?

No. If you want to get technical, “ink” is defined as a liquid used to mark or draw on something. Laser printers use toner, which is a powdered material. In any case, printer ink and printer toner are made of entirely different materials and are certainly not interchangeable.

Regardless of what’s inside, though, printers are an indispensable component of modern business. Here are six questions to ask yourself before you dive in and purchase one. 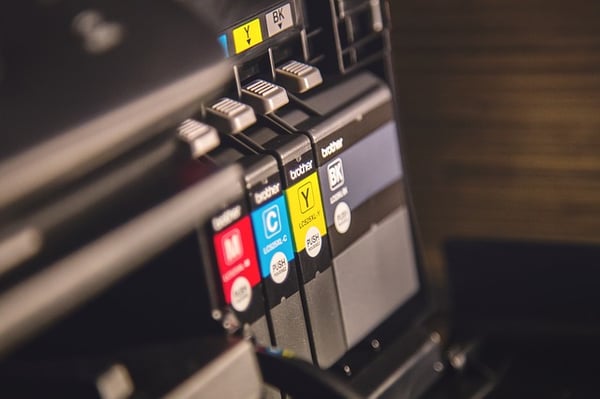 What can you afford to spend upfront?

This isn’t always the most important factor, of course, but it’s typically the question people think to ask first. Generally speaking, purchasing a cheap inkjet printer over a cheap laser printer will save you some money… at least, temporarily.

It’s worth noting that, although toner cartridges are several times more expensive than ink cartridges, you get a lot more out of them. Ultimately, the cost per page of laser printers is marginally lower, so you’ll likely save money over the life of the printer.

How often do you print?

One of the most common user complaints about inkjet printers is that, if they aren’t used often enough, the ink tends to dry out like a marker that you forgot to put the cap back on.

In the best-case scenario, that might force you to purchase new cartridges unexpectedly, deflating the cost efficiency of your printer to depressing figures.

In the worst-case scenario, it could cause permanent damage, especially to cheap inkjet printers that don’t have measures in place to help safeguard against this. In other words, that cheap inkjet printer won’t seem like such a bargain if you have to replace it before it celebrates its first birthday.

Laser printers don’t typically experience functional issues when they sit for a long time period without being used. So if you plan on printing infrequently, you’re better off forking over the extra cash for a laser printer. This mostly applies to at-home users.

Takeaway: Laser printers are a safer option for users who might not use their printer for several weeks at a time.

How much do you print? 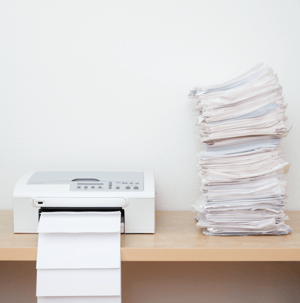 Laser printers can print up to six times more pages per minute than their inkjet counterparts, reaching triple digit output in some cases. If you want ten copies of your 163-page operations audit before you need to shave again, a laser printer is for you.

They’re also built to handle a monthly workload several times higher. Approaching or exceeding your printer’s maximum monthly duty threshold can cause your printer to breathe its last breath far sooner than you planned for.

In essence, laser printers are far more attractive options for large offices, or businesses that sell high volumes of printed items such as flyers or pamphlets. And if you’re the latter, you probably want to be looking into managed print services.

Takeaway: Laser printers are a must for users who print in high volumes, or require fast printing speeds.

What are you printing?

This one’s pretty simple. If you’re a photographer, or another kind of professional who needs to print high-resolution photos, you probably need a photo inkjet printer.

Laser printers are great at printing text and medium quality images expediently, but can’t produce the kind of images that photo inkjet printers can.

Takeaway: Photo inkjet printers are the best choice for anyone who needs to print images in high-quality.

What are you printing on? 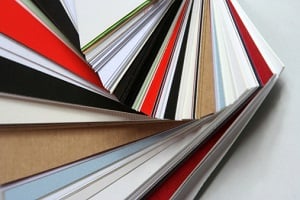 Inkjet printers on the whole are more versatile in terms of the size and type of paper (or other material) they can print on.

Laser printers work by heating the paper and melting toner onto it, so if they’re fed the wrong material (certain mailing supplies with adhesives, for instance), they could melt it and cause irreversible damage to the mechanisms.

Conversely, inkjet printers spray ink onto the page, so they don’t run that risk. They’re also typically built to handle larger paper sizes, if need be.

Takeaway: Inkjet printers are more convenient for users who need to print on larger paper, or on a wider variety of materials.

Where do you plan on putting the printer?

While technology has helped make laser printers more compact in recent years, inkjet printers are still lighter and take up much less space on the whole.

So if you’re planning on doing some printing from a small desk table in your home office, or trying to make the most of what little space you have in your microscopic New York City apartment, an inkjet printer is the appropriate solution.

Takeaway: Inkjet printers are better for users who need something smaller and less obtrusive.

If you’re weighing the benefits of a laser printer vs inkjet, just know that there’s a lot to consider. Again, one isn’t generally “better” than the other — it’s all about equipping yourself appropriately based on what you need to do. If you’re still stuck and need some answers, don’t worry! Marco is here to help.