In my last blog, I took an in-depth look at why Marco is a great place to build a career. I covered a lot of the ways we are intentional about being a company where working hard, along with participating within the company and throughout the community, can help you get noticed and on your way to building a career you can be proud of. In today’s blog, I’ll be sharing some stories of Marco employees who did just that.

If you haven’t had the chance to read Part 1, you can find it here. 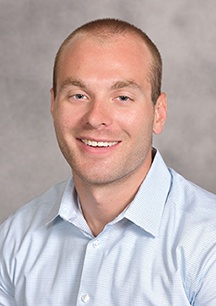 Dan Berglund first joined Marco in the summer of 2011 as a member of our leasing team. After a few years in leasing and some time spent as a lead, Dan tried his hand at sales. To put it kindly, Dan did not like working in sales. But instead of leaving or keeping a job he disliked, Dan started a conversation with his supervisor. This conversation led to his next role as a Managed Services Account Manager.

As a Managed Services Account Manager, Dan excelled. He was able to use his financial skills he had learned during his time at St. Cloud State University, and he was able to use his people skills. Plus, he didn’t have the pressure of sales. Now, Marco trusts Dan with MIT renewals where he excels as both a financial analyst and a decision maker.

“The whole experience I went through finding my right career path at Marco is a great reminder that we don’t have a “cast off” culture. Instead, people can boomerang back into a different role that better suits their skills and interests. Our culture of growth and interactive dialogue between employees and managers allows for stories like mine to be plentiful inside Marco.”

Jennifer Mrozek’s original career path didn’t involve Marco. She started working with a firm in public accounting, and she was quite successful from the start. But, she was looking for something more. It wasn’t that she didn’t enjoy public accounting, but she didn’t enjoy the actual work she was doing, which was going into companies, auditing them, telling them what they were doing wrong and leaving.

“What I really wanted to do was stick around and help them solve things. I learned from that experience that I was operational and I was hands on.” And she knew she needed to find a new career path.

When Jennifer interviewed at Marco, she didn’t hear anything back for over a week, so she decided to do a follow-up call to ask if a decision was made. What Jen found out was that she was overqualified for the position she had interviewed for, but they were trying to figure out if they could create a position for her within the organization because she seemed like a great fit for the company.

Jennifer joined Marco as the Accounting Supervisor, a position she held for a number of years. She then moved up to Accounting Manager. From there, she became Marco's Controller and then our CFO before stepping into her current role as Executive VP of Business Development and Operations. “All along the way, that process was laced with different scenarios that allowed my progress to happen. But the one consistent thing throughout was that I am a head down, roll up my sleeves, hands-on person. I always did the work.” 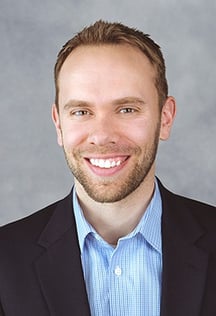 Kevin Schmidt has spent the last 12 years growing his career at Marco. He started back in 2006 as a copier sale representative out of our Twin Cities office. It gave him the opportunity to develop his abilities in a competitive marketplace that was also a new territory for Marco at the time. After racking up three years’ worth of experience, Kevin wrote a plan to step into a major accounts role in the Twin Cities. The plan worked, and Kevin’s role became Enterprise Account Manager.

In 2010, Kevin knew Marco was looking for ways to expand into Wisconsin, and he let us know that if we were thinking about acquiring in or expanding into Wisconsin, he was our guy. The acquisition route wasn’t right at the time, so Kevin built out a business plan to get Marco into Wisconsin. His business plan included a five-year pro forma and three years of tasks and activities. At the age of 28, Kevin had to present his plan to everyone in the company – including the executive team. And they loved it.

Leading Marco’s expansion into Wisconsin, Kevin became our Wisconsin Sales Manager. He was driving to and from, meeting prospective clients and getting some sales. “Some customers really took a risk on me, and we’re still working together today. It was a really fun venture helping Marco expand into Wisconsin. I could feel how much trust everyone had in me.” Now, Kevin is Marco’s Regional Sales Director for the Eau Claire, Wisconsin Area. He continues to play a vital role in our expansion into Wisconsin, including having led us through five acquisitions. “It’s been really fun seeing the region take shape.”

Watch out next month for our final post in this series, which will share more stories of employees who’ve built their careers at Marco straight out of college and high school.