Welcome to Part 3 of our career development series. This post will be quite a bit like Part 2 where I shared the career development stories of a few Marco employees. The difference is that the stories featured here are of individuals who came to Marco as entry-level employees. All three stories feature someone who was just finishing college or high school and looking for their first career opportunity. We’re so thankful they found it at Marco. 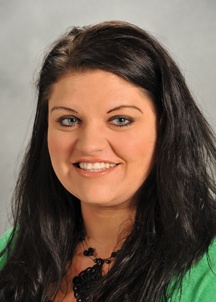 In March of 2019, Amber Schoenherr will have been with Marco 22 years. She started with the company as an intern in our Marketing Department and never left. After her internship, Amber worked in various other areas within Marco. She worked the front desk, took on inside sales and landed in vendor relations. And if you ask Amber, she’ll tell you vendor relations was where she really blossomed in her professional career. For the past seven years, Amber has worked as our Vendor Relations Manager, a role which requires her to manage two separate teams.

When I asked Amber about her experience building her career at Marco, she was quick to mention the mentors who helped her get to where she is. “Sometimes, I think they knew my skill set better than I ever did. I learned it isn’t always about getting the job you want – I honestly didn’t know what that was – it was more about finding the job I could be successful at. In order to grow, I had to get comfortable with being uncomfortable and have had a lot of really honest conversations about where I could improve. And I still continue to have those tough conversations. After all, they’ve gotten me to where I am today.”

Todd Barnes joined Marco in January 2004. He was a recent graduate of St. Cloud State University with a degree in marketing. His first position was as a trainer in our copier division. He was among the first of our end-user trainers in that division. As the team grew from three to five, Todd was placed in a supervisory role within his team. Not long after, Todd’s supervisor branched off to work in the helpdesk division, and Todd stepped into the role his supervisor had held: Field Service Manager.

After about two years as Field Service Manager, Todd was approached by Steve Knutson (currently Marco’s Chief Technology Officer) and asked to take over the delivery, setup and coordination of copiers in addition to end-user support. At this point, Todd became our Document Solutions Installation Manager.

“The way I was proving myself was by doing a good job at the job I was doing. At the time, we were doing something that hadn’t previously been done at Marco. I was being successful in my work, gaining the respect of my team members and becoming a leader. This was when I really started to figure out the personnel part of being a leader.”

Today, Todd is our Director of Client Onboarding, a role he’s held since January of 2014. He’s known as a person who relies on data and metrics as well as organizational information to make decisions. He’s the type of person you can go to with complex problems and receive a thorough answer. 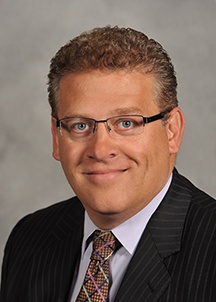 Jim joined Marco in 1985 when he was 18 years old, and it’s the only job he’s ever had. For the first 25 years of his career, Jim worked in copier sales. “We are a great sales organization. The managers I had over the years taught me how to sell and how to be great at it. I liked the risk part of sales, and the rewards were great. I was a goal achiever, and I hit my sales goals every year.”

Jeff Gau, Marco CEO, approached Jim in 2010 to ask him to take the role of Sales Manager in the St. Cloud office, and Jim’s first response was “no.” Jim liked his job, he was great at it and he was more than happy to keep on doing it. But Jeff saw something in Jim, so he pushed back a little asking, “Well, what else are you going to accomplish? What if you could take a position where you could provide some life-changing help for other people?”

After taking some time to think about Jeff’s words, Jim knew he was right. After 25 years in sales, it was time to move on. Jim spent one year as a Sales Manager before becoming Marco’s Regional Sales Director.

“When you’re working in sales, winning deals and getting paid, it’s great. But managing is a whole new world. You find out that you get more joy out of helping others succeed than you ever did winning for yourself. I remember instances where I’ve helped reps land these huge deals that launched their careers, it’s like nothing else out there.”

If you haven’t had the chance, you can read Part 1 here and Part 2 here. If you’d like to stay up-to-date with what’s going on at Marco, including a heads up about available positions, subscribe to our newsletter. Beyond that, I’ll leave you with the words of our final featured employee, Jim Maleska, “We really are a great organization, and we do make our people successful. I never felt like a number here, and I never had a reason to leave. My work was always appreciated...”