Where Are You On the Technology Curve?

My job is to stay ahead of the technology curve. That used to mean looking out three to five years – or even 10 years when I first started my career. Today, we expect some technology to be obsolete in 12 months.

There is a constant competitive technology churn that leads manufacturers to compete more with themselves than each other. They’re replacing their own products within a year – and sometimes even sooner. The first iPhone was released in June 2007 and its successor, iPhone 3G, came almost exactly a year later. Now, there are not only annual releases, but also mid-year releases such as the iPhone 6s. That’s just Apple. The same churn can be seen with every major technology manufacturer.

Some innovators suggest that technology now turns on a 14-day cycle. Take the release of the iPhone 7. Apple released the new version of the smartphone and software updates for it followed within days.

More technology is being released before it is truly ready. Manufacturers once waited to release products until they could ensure all the bugs were worked out. The pressure to stay fresh and relevant now outweighs the quality assurance process, and today’s users have become comfortable with the initial bugs. It used to be just part of being an innovator or early adopter. Now, it’s expected during the general adoption cycle.

The technology adoption life cycle, originally created by Everett Rogers, is illustrated as a bell curve, as shown to the right. The first group to use a new product is called the innovators, followed by the early adopters, early majority and late majority. The last group to eventually adopt a product is called the laggards. It’s becoming near impossible to be a laggard and thrive as an organization.

So how do organizations plan for technology with this constant churn?

We’re challenging our team at Marco to build technology solutions to win – not just compete. We want to ensure we are delivering our clients added value and clearly differentiate ourselves in the market. Evaluating and testing new technology in our labs with highly skilled engineers is just one of the ways we accomplish that goal.

At Marco, we strive to provide clients technology that’s on leading edge – not the bleeding edge. This ensures better outcomes overall for our clients. Technology can transform an organization and take it farther faster. But it has to work. While staying in front of the technology curve is becoming increasingly harder, the rewards are even greater. 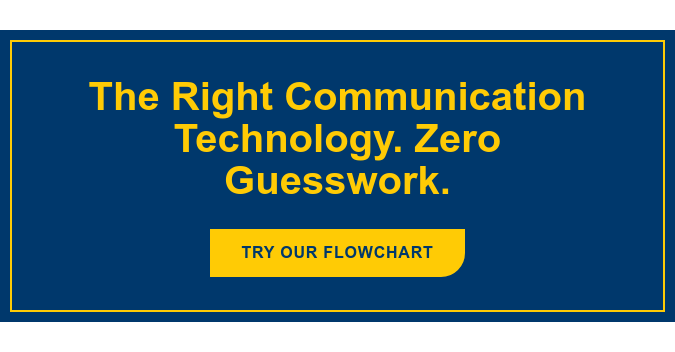