If you’ve opened a toy guide for the 2017 season, you’ve likely seen the technology takeover of toys. I remember getting plastic or balsa wood models as a kid and how cool the first, really simple, interactive Wii gaming console was for my kids.

Now drones that follow you and land on their own, programmable robots, 3D printing kits and immersive virtual reality (VR) gaming consoles are commonly found on the holiday lists of our newest generation.

I recently shared some of the cool gadgets we’ll see this holiday season thanks to the Internet of Things. Here’s a look at some other high-tech and, even cutting edge, tools that I discovered this year. Some of them are out of reach and definitely bust the budget, but they won’t for long. They give us a glimpse at where technology is headed.

Drones continue to grow in both their popularity and technology. Some of the newest (and nicest) models on the market can go underwater and submerge up to 98 feet to record 4K video. They can even stream into your phone to help with navigation. If you love fishing like me, you can add on a fishfinder sonar to detect fish up to 131 feet. This is expected to soon be directed with VR-googles, allowing you to navigate the drone by moving your head.

I can’t imagine how you’d operate the boat and this at the same time safely. So, don’t forget your skipper.

This likely will be among the top gifts to give this season – to anyone. Amazon takes Alexa to a new level with the Echo Show. Now the popular voice assistant has a video display. So, you can ask Alexa to pull up a recipe, show flash news briefings or a weather update, serve as a security camera or video call someone hands-free. It also instantly connects to other Echo devices.

This new edition has brought the price of other Echo models down and costs about $230. Voice assistants are becoming a standard piece of technology. If you don’t have one, you will.

I remember when you needed two to four guys to carry a big screen TV. They keep getting thinner and lighter. LG’s new W7 65- and 77-inch TV are among the thinnest and lightest on the markets with the best picture quality. They are as thin as a poster on the wall and as a light as a feather to pick up. This is bleeding edge technology and the price shows it at nearly $8,000 for a 65-inch and nearly twice that for a 77-inch. 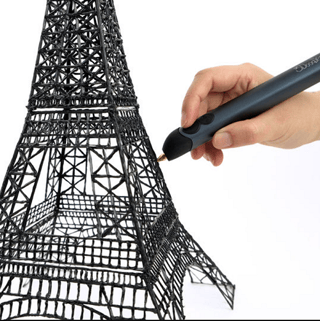 One of the top toys for 2017 are 3D printing pens, giving kids the opportunity to turn their drawings into 3D creations that they can play with. There are a variety of pens and 3D printing kits on the market – for all ages. The 3Doodler has earned top toy awards and could easily capture the attention of the young and old. I recently bought a 3D printing kit and built my own device.

It was no easy task for me – even with my technical background. But it was fun
and a neat challenge for younger generations. Keep your eye on 3D printing. It’s exploding and soon will be a mainstream expectation. 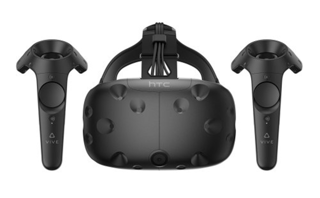 I recently got one of the HTC Vive VR headsets. The experience is almost unbelievable. The new VR technology lets you experience games, places, and educational material in a whole new way.

I downloaded the Apollo 11 experience.  When run in movie mode, you feel like you are among the astronauts participating in the first moon landing. I believe this technology will be an inflection point for education, gaming and business. 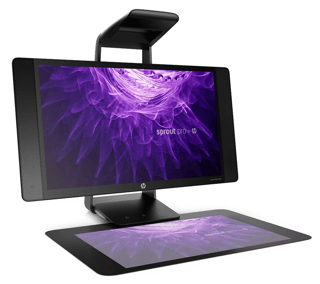 I was excited when I saw these devices on the market. They are practical and will likely become a staple in future years, too, as the applications of 3D printing seep into our homes and workplaces. 3D printing already provides an easier way for people to print parts they need or duplicate items, with the help of spec drawings. Finding those drawings can be challenging.

With 3D-scanning devices like the HP Sprout G2, users can scan an item and the software will create the specs needed to re-create it on a 3D printer. The HP Sprout has hi-res cameras, a Touch Mat and 2D and 3D scanning capabilities. This cool technology comes in at a price of $2,000-$4,000, depending on the model.

Some of the coolest gadgets we saw unveiled earlier this year are still not readily available this holiday season. Expect 2018 to continue to bring new, cutting-edge computers to the marketplace. One of the latest generations, revealed at CES 2017, projects a screen on any surface and costs about $700. Using infrared sensors, the Typlet T1S allows users to direct it with their fingers or stylus. It costs $700.

It was not long ago that we were talking about this concept as a futuristic possibility with the Internet of Things. Now it’s here. Can you imagine what the gift guides will look like next year? It’s mind blowing how far we’ve come.