Our Team: "Why I Work at Marco"

They say that your people are your brand. And in our case, we are certainly very fortunate to have so many top-notch people that positively showcase our brand each and every day. A great team and strong culture translates to a positive work environment and a better place to do business.

We know our successes are a direct result of the people we have on our team. We recently talked with a variety of staff members and asked why they enjoy their career, life at Marco and what our culture means to them. 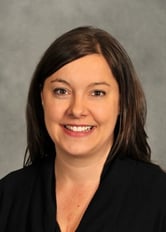 Angela began working at Marco in September of 1999. When asked about how she got started at Marco, Angela explains, “Ann McCann is the person who brought me to Marco. We went to college together at St. Cloud State and became good friends. After college, she was hired at Marco and was always talking about how wonderful it [Marco] was and suggested I apply.”

When Angela finally submitted her resume, there were no open positions, but Scott Roeder, VP of Operations, held on to it and called her about a year later. At that time, she accepted an inside sales position when Marco was entering the Twin Cities market. After seven years of inside sales, Angela transitioned to support renewals and is currently the Renewals Lead.

Angela loves the people she works with, and the flexibility of her job. But that’s not all; she says, “Marco’s commitment to promoting a work-life balance and doing good things in the communities we serve makes them a great employer. We are not only saying something, but actually doing it and doing it well.” Angela also appreciates the Marco culture:

“The culture at Marco is amazing! As employees, we have an attitude of caring – about our colleagues and about our customers. Our employee ownership gives us all a sense of responsibility and integrity. We value each other and know we all contribute collectively to our success. It is open and honest. Company financials are shared each month so we have a clear picture of our current state, along with corporate initiatives, so we understand what we are striving towards for the future.”

Jon’s journey with Marco began in 2006. How did he find his job? “Pure luck!” he explains. “I met Steve Gau and Barry Opatz at a Career Fair in 2006, and they motioned for me to visit with them at the Marco booth. After several interviews I immediately gravitated towards the culture and saw myself there long-term.” Jon started as a copier/printer technology advisor in St. Louis Park, MN and is now the central Iowa Sales Manager.

Jon left Marco for a brief period of time to explore other options, but quickly came back. Jon says, “Aside from our people and our leadership, the fact that we are consistently profitable makes a world of difference. Being financially stable gives us the ability to invest in resources to stay innovative in our industry, and it also gives us the ability to be patient as we expand in new markets and develop new talent.” Jon doesn’t just enjoy his work; he enjoys the people and recognition. “As a sales rep I love the thrill of the chase, and in my new role I have a passion for developing others. At Marco, we work hard, we play hard and we care.”

Brenda’s path to Marco is a bit different than some of the others. She joined our team from an acquisition in the fall of 2009. We welcomed the employees of the previous company – which included Brenda! When asked about her role at Marco, Brenda tells us, “I feel like I’ve done a little bit of everything. I started out in operations, managing day-to-day activities in our Decorah, Iowa office and did some inside sales as well. Now I do outside sales and most recently transitioned to the La Crosse, WI office.”

Brenda has stayed at Marco because she believes we are a great employer and she enjoys her job:

“Everyone is so fun and friendly and we really want all of our co-workers to succeed. It’s very much a team environment. In the beginning it was a little scary, but people were so supportive and helpful that it really made me want to be a part of a great company that was also growing. I really like that Marco encourages a healthy work-life balance; family is always first. I also like that management is open about financials, what we do right and wrong and where the company is going. Everyone is given the opportunity to do their best and to succeed. The Marco culture is positive, upbeat and caring, inside and outside of the workplace.” 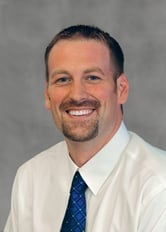 Corey joined the Marco team in July of 2009, also as a result of an acquisition. When he started with us, he was the field service manager  for the Sioux Falls territory and had three techs on his team. A lot has changed since then. Corey explains his journey; “In May of 2011 I was given the opportunity to expand my role within Marco due to another acquisition; I became the field service manager for Eastern South Dakota with three locations and 11 techs. As of February 2015, I began a new role as regional service manager.”

When asked why he’s stuck with Marco, Corey says, “I enjoy the challenges and being able to help provide a resolution.” Corey also enjoys the Marco culture, “The word I would use to describe our culture is ‘teamwork’. We have many individuals in many departments all working toward the same goals, creating customer satisfaction and moving Marco forward.” 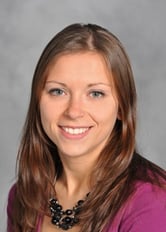 Becky started at Marco in the fall of 2012. How did she hear about us? One of her friends who worked at Marco invited her to a birthday party where she met her friend’s manager. After sending her resume and completing an interview, she started three weeks later. She began as a client care dispatcher, then later transferred to the accounts receivable department. Today Becky is a project services support representative, assisting the service managers in our IT Solutions division with day-to-day operations and initiatives.

When asked why she enjoys Marco, Becky explains,

“I stay with Marco for many reasons, but simply put: the culture. I have never worked at any other company where you feel like I “fit in” from my very first day. You’re treated with respect from day one, and your input and opinion on matters are welcomed and taken into consideration. Another important reason is the belief that we must not only do well, we must do good. It speaks volumes to have employee owners give back to the community with no expectation of thanks or reward – simply from the goodness of their own hearts.”

Becky enjoys many things about her job, but one is the constant challenge of an ever-changing and evolving industry, “There’s always room to grow in knowledge and endless opportunities to take on new responsibilities.”

Marco is proud to have created a unique culture that employees and customers feel the moment they walk in our door. It's not any one program or person that makes it happen. Creating a strong corporate culture takes intention and a lot of passion; we have both. We’re proud to be known as a company that values our employees as much as our employees value us. Check out how more employees have been m:powered: