ST. CLOUD, MINN., JULY 10, 2019 – Marco implemented P.A.T. Day nearly 12 years ago, an annual charitable program that allows employees to recognize their peers with messages of appreciation accompanied by treats. An acronym for Peer Appreciation and Thanks, P.A.T.s are meaningful words sent to co-workers through Marco’s online portal.

For two weeks before the annual P.A.T. Day, team members submit messages about their co-workers for $1 apiece through the online portal. “For me, this program means community, which is why Marco feels like a family. It feels family-oriented when you do something like this that builds comradery and positive energy,” said Kimberly Shoberg, Learning & Development Coordinator.

All proceeds raised by these thoughtful P.A.T. messages benefit each office’s local United Way. With over 60 locations across the country, Marco team members accomplish necessary background tasks— from compiling the messages’ data into one document for each recipient to printing the messages on letterhead to folding messages and bagging them with treats for shipment.

After buying the treats in bulk, Marco sets up a large space in their packaging stage of the warehouse, utilizing an assembly-line type method. “We set up the distribution as purposefully as possible. We’ve learned to start with those who get the largest amount of P.A.T.s so they get a variety of treats, rather than giving them five of the same item,” said Shoberg. 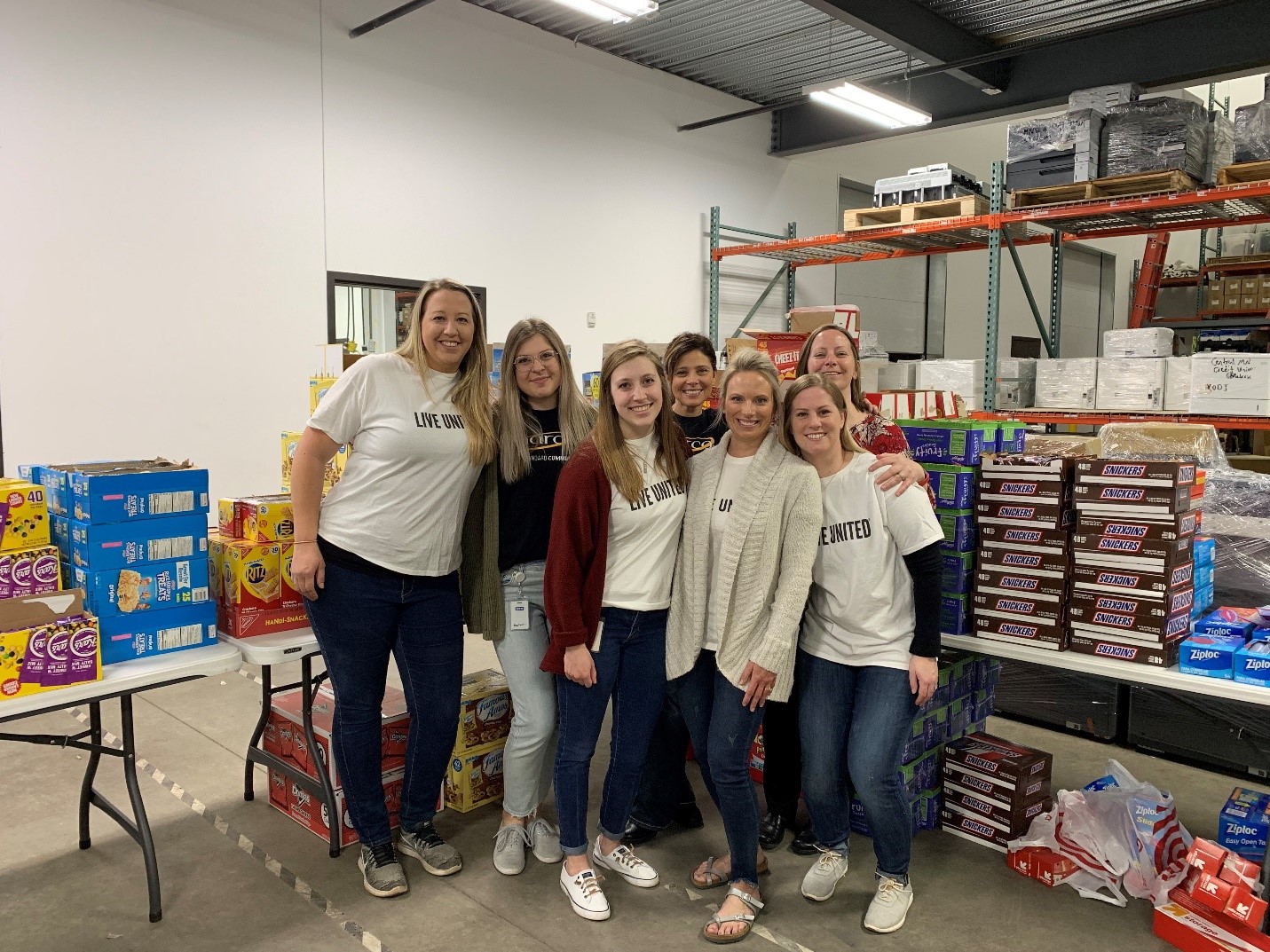 This year, Marco distributed about 12,500 P.A.T sets. “The treat costs come out of the money paid for the P.A.T.s, so we donated $7,767 this year, which is our highest donation year yet,” explained Shoberg.

Since its inception, P.A.T day has raised approximately $40,000 for United Way.

Although 2019 raised the highest amount of donations and set a new record for P.A.T numbers, Shoberg expects the program to grow. “I anticipate that next year will be even higher because of the major acquisitions we have had this year. Many newer employees maybe didn’t understand P.A.T Day, but then people see the participation and they are shocked at the number of messages and treats they receive.”

P.A.T. Day comes around each spring, and Marco employees continue to participate in this charitable giving activity. Not only does P.A.T. Day build comradery and positive energy amongst employees, but it gives back to local communities through United Way.

“People are touched because someone took out time to recognize them. It’s really personal,” Shoberg said. In fact, many Marco employees save their P.A.T.s either as printed copies or digitally.

Besides P.A.T. Day, Marco hosts an annual United Way campaign each fall. Marco’s internal United Way committee always develops a theme and enjoyable fund-raising activities for the two-week campaign. This year, they plan to incorporate a space theme. The campaign will occur from September 9 to 20. “It all starts with a campaign slogan and theme. Be ready for an out of this world campaign!” Shoberg said.