Scott Roeder, Marco’s VP of Operations, says the night is important because mental health affects all of us, yet there are few fundraisers that provide local support. 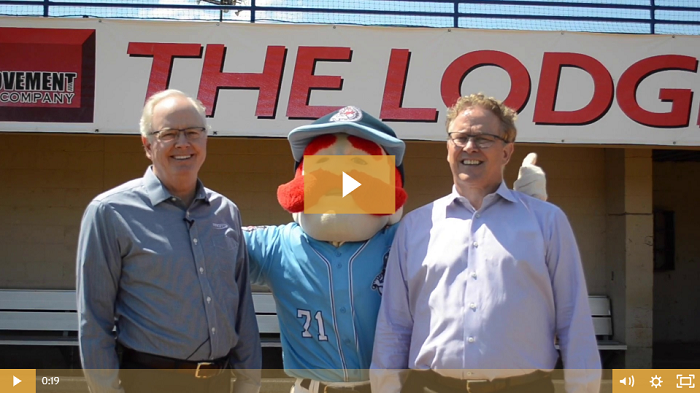 “There are functions within our community that support worthy causes, such as cancer and hospice. But mental illness doesn’t have a Holly Ball or similar event. Marco wanted to champion an event that raises awareness, helps people recognize the signs and connect with resources if a family member or friend is struggling or if they, themselves, are having thoughts of suicide,” says Roeder.

Roeder is a suicide loss survivor and will speak before the event about his personal experiences and what area organizations are doing to raise awareness and provide support.

Jim Loria, Director of Corporate and Community Partnerships for the St. Cloud Rox, is excited about the long list of sponsorships and fan activities slated for the event.

“This event is a great opportunity for local businesses and Rox fans to donate money and have fun in the process,” says Loria. “I’m anticipating the atmosphere in that ballpark will be at a higher level of excitement than we’ve seen before. There are so many fun and meaningful activities planned. We’re very proud to be part of it,” says Loria.

Marco CEO Jeff Gau will be throwing out the first pitch at Marco's Game Night on Thursday, July 25.

How to get involved:

According to the American Foundation for Suicide Prevention, suicides have increased 53% from 1999 to 2017. Suicide is the 10th leading cause of death in the nation and 8th leading cause in Minnesota.

“The National Alliance for Mental Illness reports that in the last year, 60% of adults and 50% of children who have a diagnosable mental illness did not receive treatment,” says Bershok. “Depression is by no means the only predictor of suicide, but we know for many people depression can be a trigger. We also know that if people are treated for the depression—through supportive psychotherapy and/or medication—there’s an 80-90% symptom resolution for depression.”

Bershok points out that though mental health plays a role in suicide, it’s not the only one. She says that the causes of suicide are complex and often involve both mental health and other life stressors. Whatever the cause, she says suicide can be prevented and people with suicidal thoughts can be helped.

“Raising awareness of mental health combined with educating the community about the warning signs of suicide helps to connect people in need to treatment resources in our community,” she says.

Bershok explains that it’s also important to reduce the stigma of mental illness by being more thoughtful about how we talk about suicide.

“In the past, the terminology has always been ‘committed suicide.’ That term originated from a legal perspective because, in many states, if you attempted suicide and survived you could actually get charged for the crime against yourself. Now we’re changing that stigmatized language by saying someone ‘died by suicide’—in the same way that someone can die by a heart attack and cancer. It’s an outcome of a disease they weren’t able to get treated for,” she says.

Bershok says friends, neighbors, co-workers and family members may be suffering emotionally and don’t recognize the symptoms or are not able to ask for help. The following warning signs may appear in conversations, through their actions or in social media posts. If someone observes one or more of these warning signs, she says it’s important to step in, speak up and connect the person with help. The more signs observed, the greater the risk:

Immediately seek professional help if the signs below are present by calling the National Suicide Prevention Lifeline or taking the loved one to the nearest emergency department:

To learn more about the warning signs and what to do if you suspect someone is struggling with suicidal thoughts, log onto suicideispreventable.org. If you, or someone you know, is having thoughts of suicide, call the National Suicide Prevention Lifeline at 1-800-273-8255 or the Four County Crisis Hotline at 1-800-635-8008.