The theme of this year’s campaign was Mission Control: Operation Giving. The two-week challenge included various activities centered around space with the goal of encouraging employees to log on to United Way’s ePledge website to donate.

The campaign also included a friendly competition between Marco regions for employee participation. The top three locations with the highest percentage of involvement got a prize worth capturing on camera. Company leaders were tasked with donning a space-themed costume and walking a busy street to raise awareness about the United Way campaign. A bold move for an even better cause. 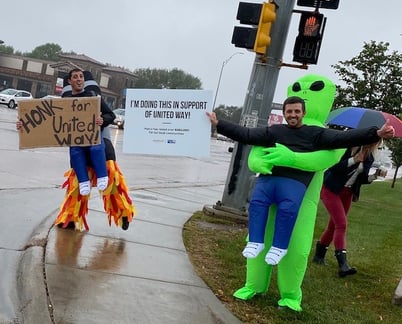 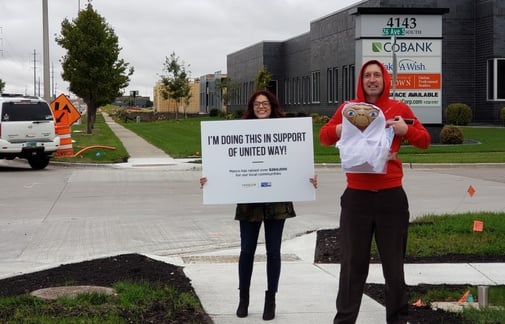 The three regions with the largest percentage of employee participation were Fargo, Sioux Falls and St. Cloud. Marco CEO, Jeff Gau, led the charge by wearing an astronaut suit on Division Street in St. Cloud.

“We set a high goal and didn’t just exceed it, we blew it away, by more than $45,000,” Gau said. “What a great tribute to our strong culture and committed employees.”

Being a good corporate citizen is an important part of Marco’s culture and the company has a long history of supporting the United Way. The non-profit organization allows Marco to raise money and give back to all the communities employees live and serve in.

“Marco has been a strong supporter of the United Way for over four decades,” Gau added. “This organization is a great way for our dollars to be maximized and distributed to the people in our communities that need it most.”