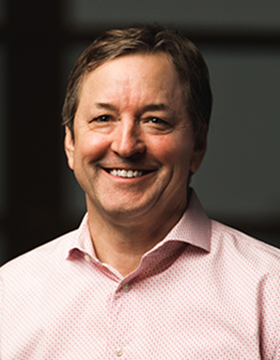 Doug Albregts is the CEO of Marco, the largest IT integrated solution provider in the United States.

Before joining Marco, Doug served as Group CEO at Scientific Games, where he was responsible for a global operation of $2 billion in revenue. Previously, Doug was President, CEO, and Chairman of Sharp Electronics America, where he was responsible for the overall leadership of the consumer products, home appliances, robotics, display devices, energy storage, and business/office groups. He has also held executive management roles at American Express, NEC, Samsung, Canvys (a Division of Richardson Electronics), and Golden Books Publishing.

One of many reasons Doug remains committed to driving growth at Marco is its positive, people-first culture.  Marco is frequently rated one of the top small to medium workplaces in the U.S., which is a source of constant pride, as well as a reflection of the company’s values. Though technology moves quickly, and with that comes constant change, it’s Doug’s goal to preserve Marco’s culture while continuing to drive client satisfaction and growth through exceptional service.

In his spare time, Doug enjoys time at the lake, creating music, reading, and spending time with his wife and four children.

Bachelor of arts degree in history from University of Wisconsin-Madison; Master of Business Administration degree, with a sales and marketing emphasis, from Loyola University Chicago.