Inside our Tech Tradeshow at U.S. Bank Stadium

Last week, I stood on the end zone of the U.S. Bank Stadium, the new home of the Minnesota Vikings, to kick off Marco’s Technology Tradeshow. We rented out the entire stadium to host nearly 700 people for this technology event – just days before the largest crowd in Minnesota football history poured into the stadium for the home opener. The digital display that our speakers presented their information on spans more than 8,100 square feet, making it one of the largest in the NFL. (I heard many say it was the biggest PowerPoint presentation they’ve ever seen). It’s among 13 high-definition LED displays that spread across 25,000 square feet in the new stadium, the most in the league. The sound and audio were of the same caliber.

I’d like to think that everyone came out for the technology, but I’m sure the opportunity to step foot in the newly built stadium and take a tour played into it, too.

Afterwards, we received a series of positive feedback from our clients, prospects, vendors and employees who participated in the event. Vendors shared that it was one of the most valuable events they’ve been a part of – meeting our goal of being both fun and informational.

A lot of effort and expense went into it, but the value to us was even higher. It’s not often we have that many IT decision makers assemble in one place. It was a bold move. This was the largest investment Marco has ever made in an event. I think we pulled it off pretty well – here’s why:

During my kick-off presentation, I explained to the group that I’m not a very good tradeshow attendee. It’s important to me that if I’m going to attend, the event needs to have significant take-home value and an element of fun as well. I hope our clients felt we delivered on both.

I had the opportunity to return to U.S. Bank Stadium Sunday for the inaugural game in the new stadium and be among the history-breaking audience to watch the Vikings defeat the Packers. It’s a super-cool facility and I’m glad our clients had the opportunity to be right on the field and learn what we’re passionate about, too. 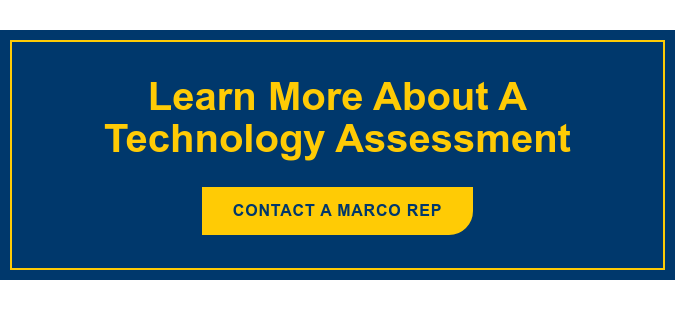