Some people set out to become leaders; others naturally become them. Patty Funk is the latter. She joined Marco 33 years ago as an administrative assistant before moving into marketing and eventually becoming vice president. 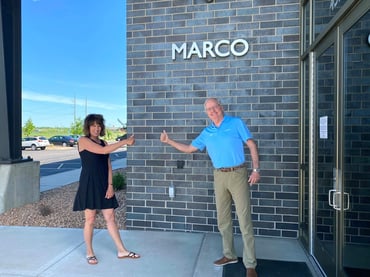 As she retired recently, I reflected on her humble journey. She was not the traditional leader and that’s what makes her worth following.

She had a successful career at Marco by being herself and not trying to fit a mold of what people may think leaders should be. 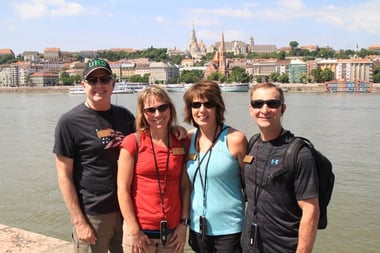 She earned trust and respect across our company because of her work and the way she treated people — not because of a title. Patty has been a mentor to many — myself included — without realizing it.

I know how much she enjoyed her work here at Marco. I hope she enjoys her retirement even more. I’m sure she’ll still get up early. But now, I hope she slowly sips on her coffee and simply smiles….

If you enjoy my leadership blogs, you’ll be happy to hear that Marco is starting a podcast! It’s hosted by myself and Doug Albregts, Marco president. Tune in to get timely business insight from industry experts and community leaders. Each episode we’ll break down new and better ways to boost success – from tapping into the latest technology trends to becoming a more effective leader. The first episode will air July 8. Subscribe today or learn more at marconet.com/lets-tech.